Many of us remember when Fred Wardwell sailed his DN, and his remarkable roof top carrier with the CIBC torpedo loaded with gear. At the SIK they have real torpedo hanging oner a real bar in a real clubhouse. It rivals our own Red Bank club for depth of historical continuity. 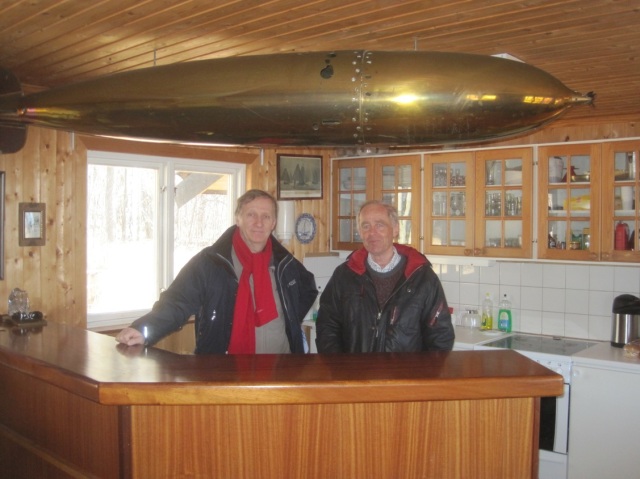 For those of us who love crawling through old buildings filled with cool stuff, their boathouse is a gold mine. Located right next to the clubhouse and a stone’s throw from the water there are stacks of boats, rigs, planks and runners. 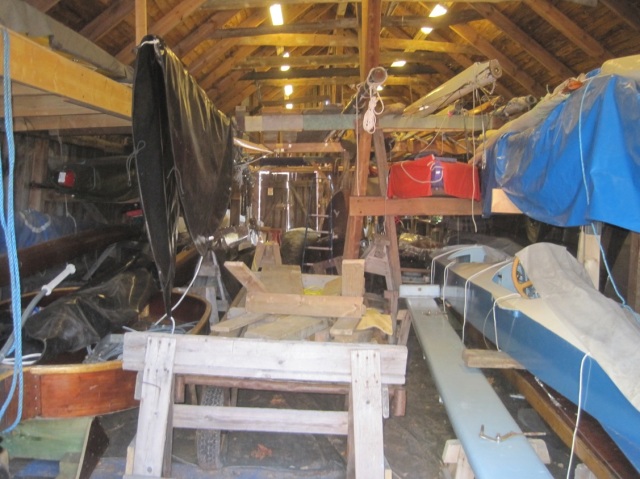 It’s hard to see anything in this jumble-shot, but I assure you it’s all iceyachts! The one in the foreground left is NORA, built at the boatyard on this island in 1902. She has two cockpits, is 45′ long,and is shown on a video that I will try to load onto the the site. 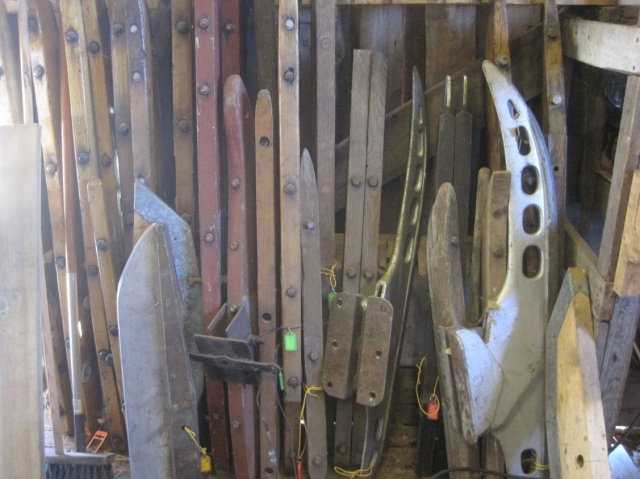 This is one of two such racks. Note the cast iron runners with the built-in chocks. They have phosphor bronze edges, which at the time was thought to provide the best running edge. Maybe it still does? The longest ones are over six feet long.

Here is one of the loveliest sternsteerer cockpits I’ve ever seen. This poor old girl hasn’t seen the ice for a while, but what great curves, the way a woman’s hips look when she’s sleeping on her side… 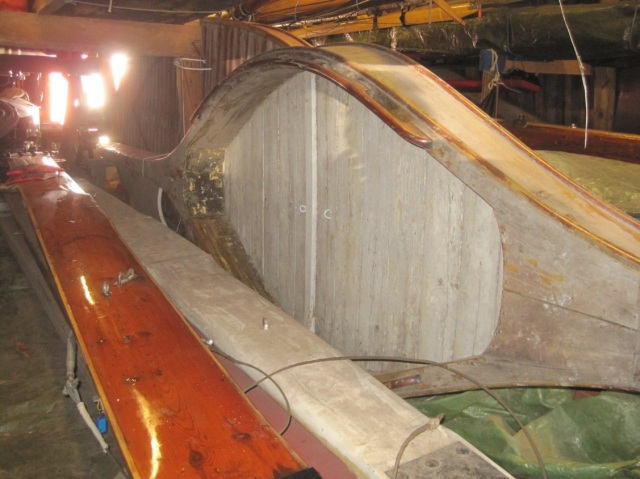 Thanks to Ulf and Mats for a fantastic tour, and to Mats wife for sending along coffee and buns. I hope to see you on your ice someday!