The pits in front of the clubhouse. 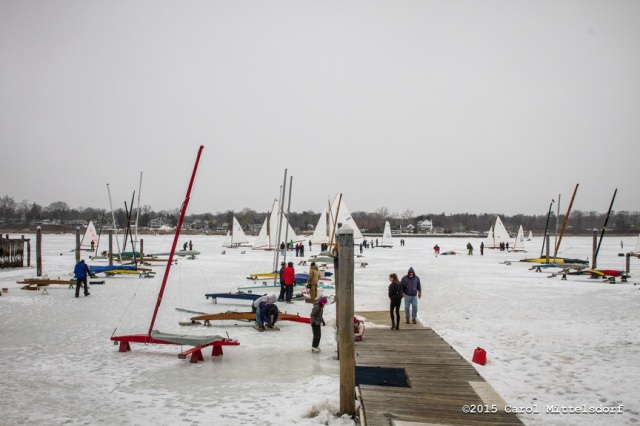 Jack Frost and Rocket. Rick Lawrence just called – Jack frost won all three heats for a decisive victory!
Rocket’s accident did not happen during the race, but afterward. It took 20 guys to right her.
The first friendly race for the Class 1 Ice Yacht Challenge Cup was held Sunday in Red Bank. A sweep for Jack Frost.
This cup, raced for by the club’s biggest boats – Jack Frost & Rocket – was put up by the sailors of the North Shrewsbury Ice Boat and Yacht Club, but will now be spending some time with the Hudson River Ice Yacht Club. : 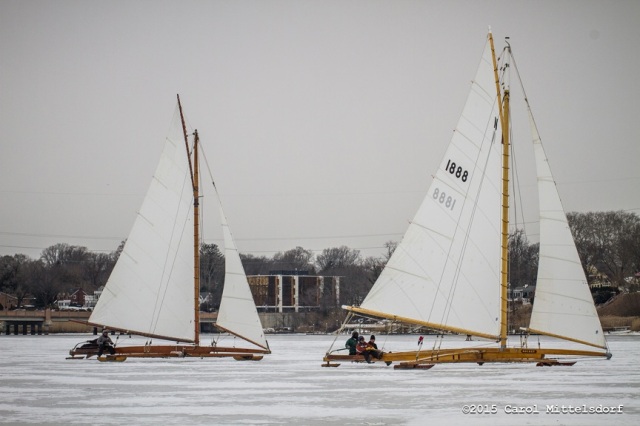 Some A Class sternsteers with Rocket in the background: 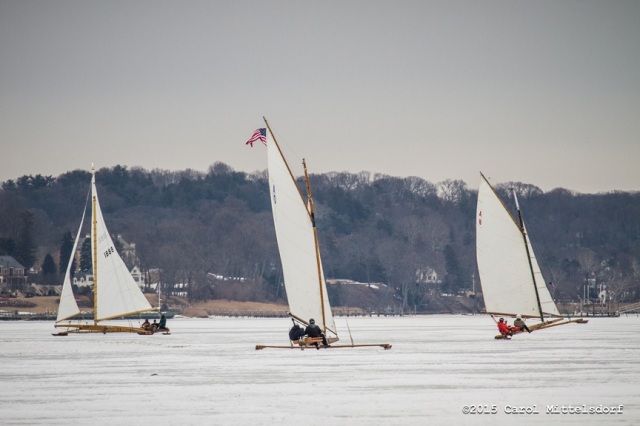 The wind died when the snow began to fall: 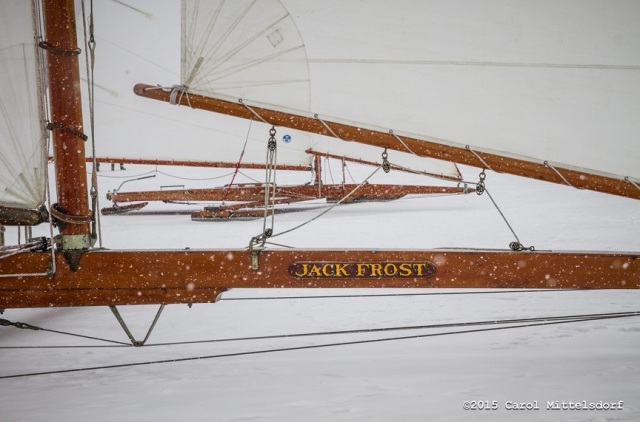 And can’t resist this shot of the guy with the slack outhaul: 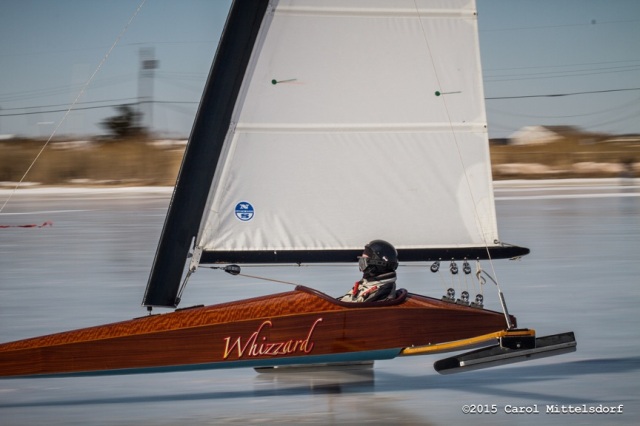