The ice at the Raymond launch is thick, covered in snow, and extends out a couple of hundred feet. Just as it was getting light I could make out sea smoke in the near distance and assumed it was open water, but the surface from which it was coming was not the color of water, more grey, like slush ice. I headed out to a nearby point down a camp road to get better access to the new ice and found just a skim of what felt to be slush ice, in spite of the -7 degrees. There was a snow storm last night in nearby Portland so the snow must have fallen into the super cooled water and not melted. The ice quality was very poor. 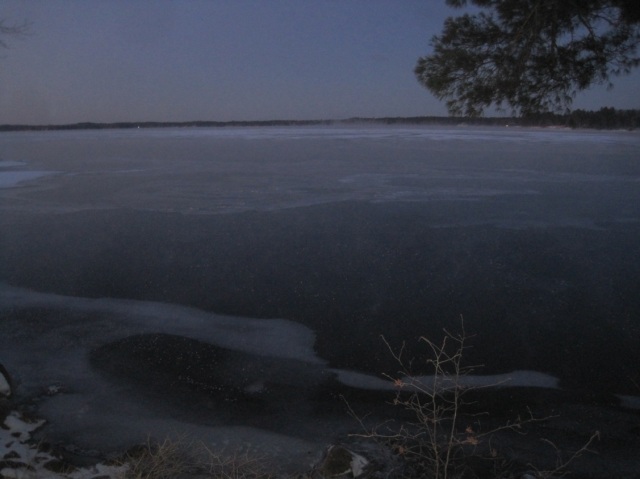 You can just make out the sea smoke, and it’s coming from ice, not water. Pretty amazing.

Racing for Mallet’s Bay on Lake Champlain has been called off for the weekend, but Monday could be a good day there. Check in with the forecast, check out of work and give it your best shot.