Once we found that Megunticook was a mess, the Dammy cam enticed us to take a long shot and go have a look. The drain holes of last Wednesday were a worry. We took boats just in case. Then we showed up and prayed. Prayers answered. Flawless orange peel to the horizon. Drain holes vanished, still marked by the sticks we placed there. How is this possible?

This marked a hole big enough to swallow a runner without burping. Then it snowed, rained and had less than 24 hours of below freezing.
So were were ready. Light airs got us out to the middle of the broads and then quit. We chased puffs for a while then pushed back to the pits to find food. Jory headed to the store while I skated up some wind and by the time he got back it was up and we were gone. Sailed deep into the South Broads. The pressure ridge blocking that on Wednesday looks like this, although there is a new one forming:

I know there are lots of folks needing ice, and I hope this doesn’t hurt too much. Sometimes you just get lucky. Looks like next Thursday is the next safe bet. Rain will remove any snow that falls tonight. If it rains there tonight, tomorrow and Monday could be good. Generally 6″ everywhere according to the gentleman on the left, below. 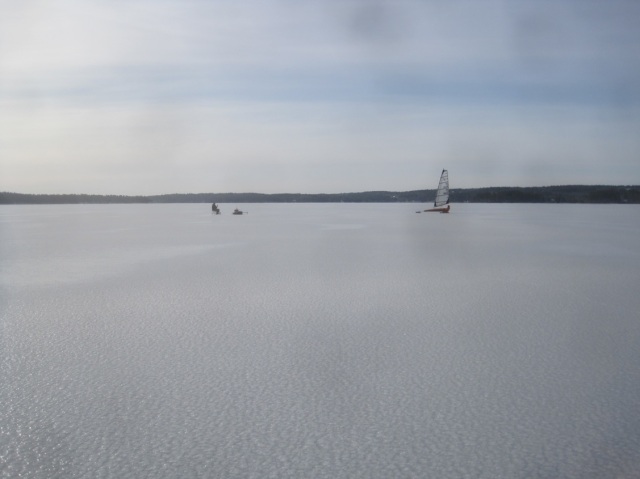 David Lampton came down and opened up the “clubhouse” for us where we warmed up. Wouldn’t it be nice if the CIBC actually owned it…?

The MiniSkeeter with its freestanding mast has a great trick with a down-wind landing: come straight in hot, hit the brakes and let the mainsheet fly: 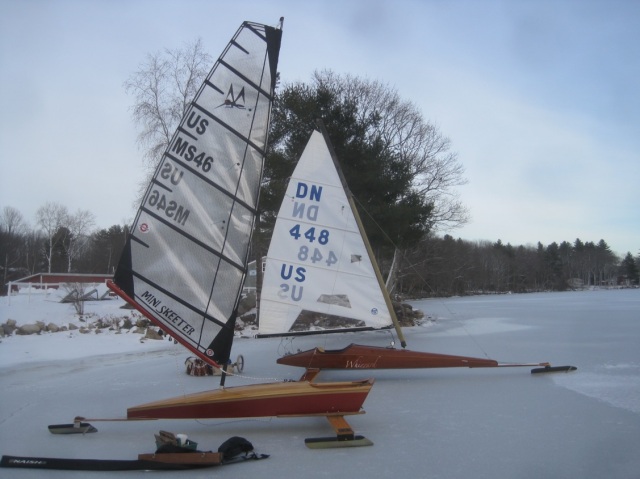 Happy New Years everyone. Don’t forget to drink just enough and keep your eyes and ears open for ice.