Last winter when we sailed day after day on Moosehead Lake, a coupe of guys began toying with the idea of lashing camping gear to the boats and setting of for a camping cruise of the lake. Of course, after a drink in front of the fire at the Birches Lodge they saw life a bit differently. But here’s a couple in Finland who seem to have it all figured out. 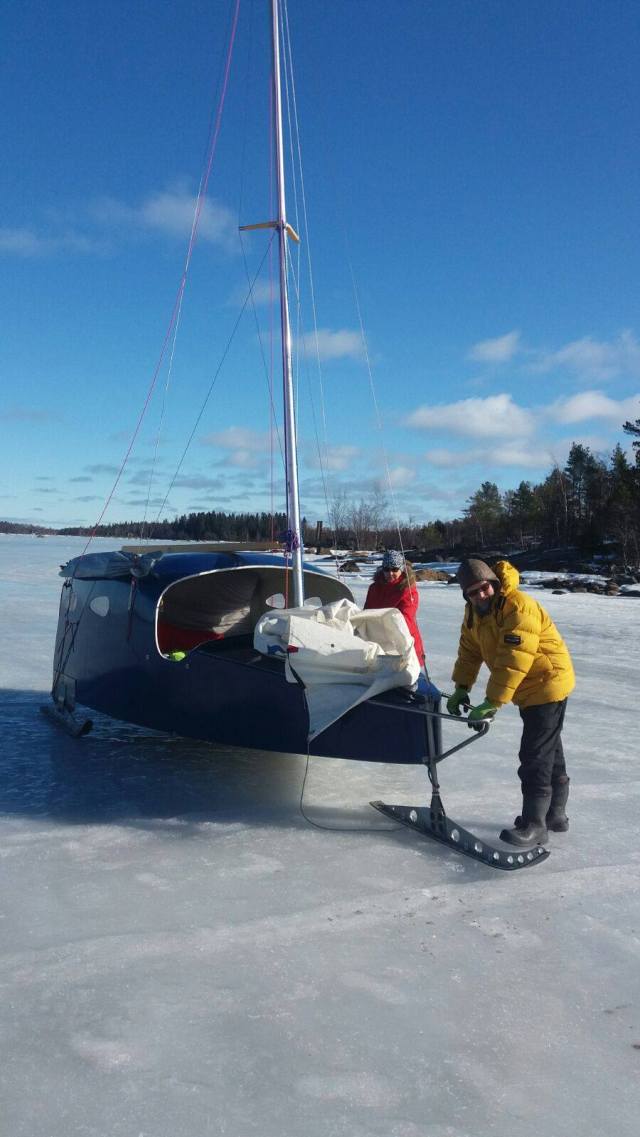 They had been out for a week when DN and Monotype sailor Mats Loftsberg met them on the ice. The cozy cabin sleeps two, and the skunners will cross most cracks easily, while the fuselage actually floats. Mats says the yacht is made of wood, but the people are made of steel!
This time of year in Finland the weather is much like we have here, and having past the spring equinox the days begin to get longer much quicker than in our lower latitudes.

They are cruising this archipelago in the Gulf of Bothnia, near the city of Jacobstad. It takes a geography like this, Winnepesaukee or Moosehead Lake, to make sense of an activity like this, but imagine the fun. Maybe a fire ashore in the evening, a little ice fishing, and long days of mellow sailing. Who knows what they do if it snows; maybe one of those Jack Jacobs chain saw drives would get them home 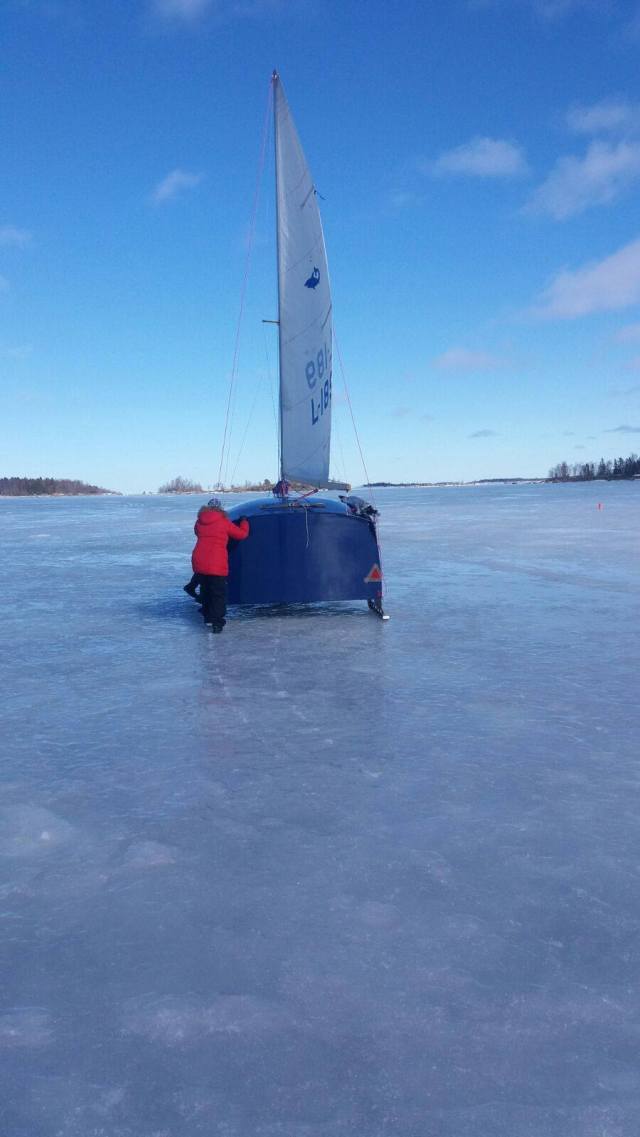 While we haven’t completely given up hope for this season’s sailing in Maine, anther foot of snow is coming at us tonight. As long as the temps remain moderate, as they have been, the ice will hang in there a bit longer and give it one more chance to re-surface. Bob Lombardo reports that according to an ice fisherman, Hermon Lake has actually gained four inches in the past month.
Meanwhile, don’t forget about the CIBC potluck spring meeting a week from Sunday at Damariscotta Lake Farm Inn.