Posted on February 7, 2018 by billbuchholz

We’ve seen Joachim with his wing boat Surf and Turf a few times this season, and then some sharp web cruiser came up with this shot from Estonia: 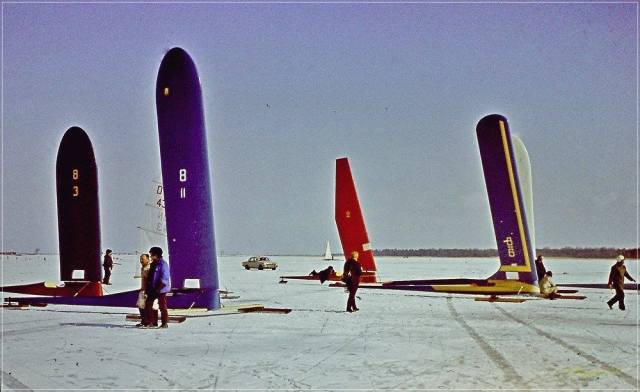 The car would date it to the late sixties, early seventies I suppose. Note that these are free standing rigs supported mainly by the diagonal struts each side of the fuselage in way of the wing. And they are stern steerers! There are still a few of these kicking around and they occasionally bring them out, just like the Hudson River gang with their classic stern steerers. They were out last weekend on a secret lake somewhere south of here. Our spy managed to snap this shot without getting caught: 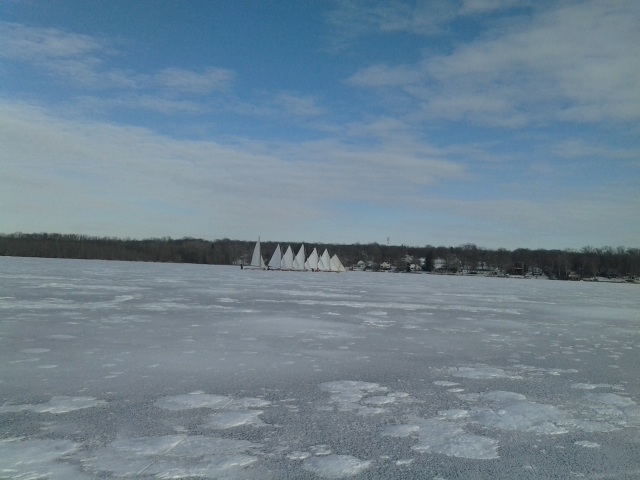 Apparently there were twenty-five boats on the ice, even a few from NJ.