Wednesday, April 25, 2018, 8:56 – When NASA scientists come across something they say they’ve never seen before, it’s usually quite something.

Last month, NASA’s Operation IceBridge, the agency’s annual flyover survey mission of Earth’s polar regions, came across a series of unexplained holes in the ice of the Beaufort Sea, around 50 miles away from the mouth of the Mackenzie River.

The photo, below, was shot by mission scientist John Sontag while flying over in a P-3 aircraft.

“We saw these sorta-circular features only for a few minutes today,” Sonntag wrote, according to NASA Earth Observatory. “I don’t recall seeing this sort of thing elsewhere.”

After first posting the picture in April, NASA says they have some ideas as to what actually caused the holes, but the agency says it has no definitive answer. 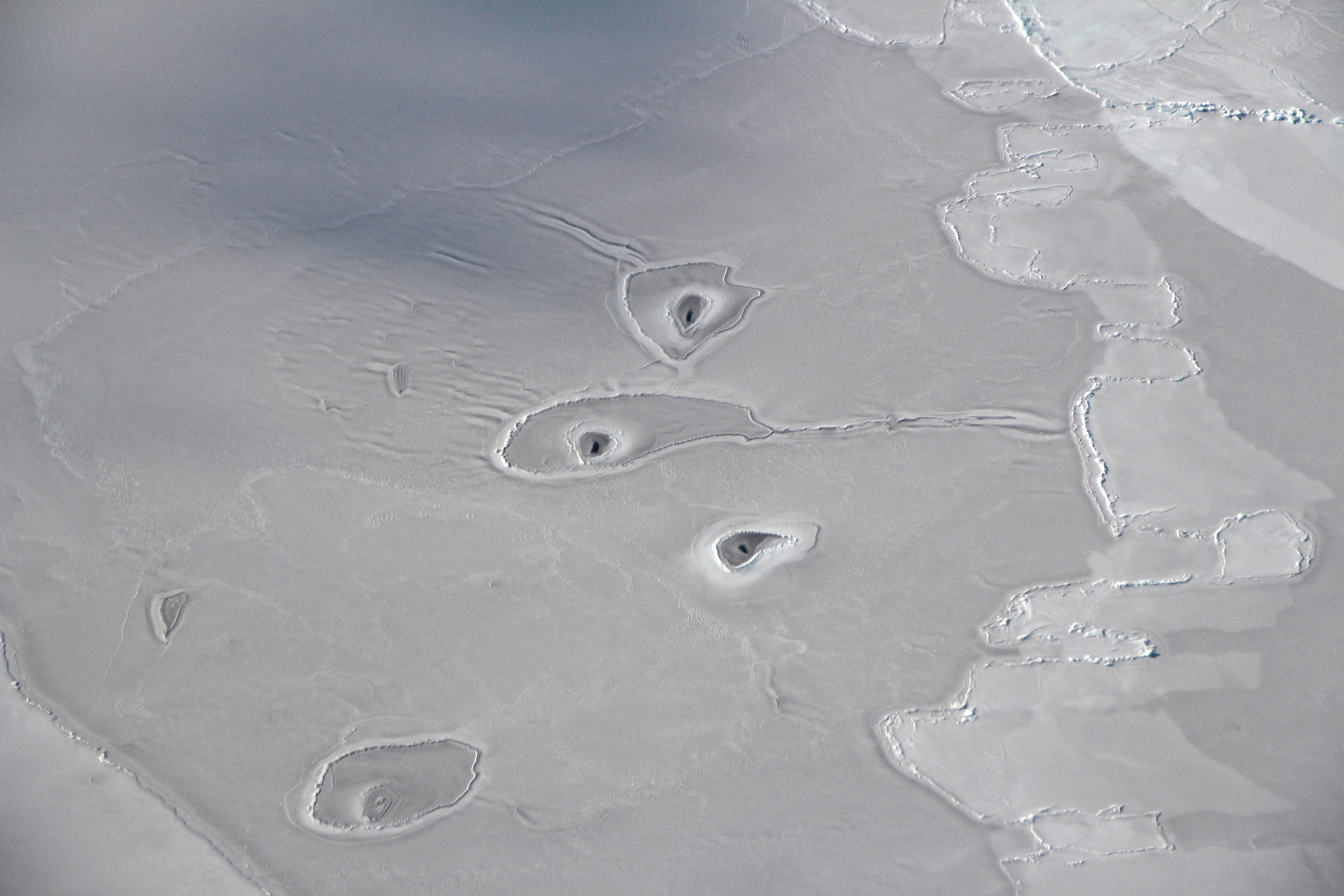 One thing that is certain is the fact the ice in the area is likely new growth, making it thinner and easier to punch through. But as for what caused the holes, that is less easy to explain, though NASA has a few theories.

One possibility is that the holes were made by seals, potentially as surfacing and breathing holes for use while hunting under the ice, and NASA says they appear similar to holes caused by ring or harp seals.

“The encircling features may be due to waves of water washing out over the snow and ice when the seals surface,” Walt Meier, a scientist at the U.S. National Snow and Ice Data Center, told NASA. “Or it could be a sort of drainage feature that results from when the hole is made in the ice.”

“This is in pretty shallow water generally, so there is every chance this is just ‘warm springs’ or seeps of ground water flowing from the mountains inland that make their presence known in this particular area,” University of Maryland claciologist Chris Shuman, who works at NASA’s Goddard Space Flight Center, explains.