A Tale Of Two Stern Steerers

Ben Fuller has been driving old Tipsy petty hard these past years. She’s probably had more ice time in the past five years than in the previous forty, so she’s in the shop for a little structural work.

Curiously, the full length side boards are backed up on the inside with plywood. It’s obviously original, fastened with copper rivets and hide glue. It was delaminating, as seventy-five year old plywood tends to do. There’s rusty steel, broken screws, all the special treats found in old boats. As soon as the steel breasthooks were removed from the stern, she just fell open. Amazing how old boats, both soft and hard, can hold together mostly by habit. 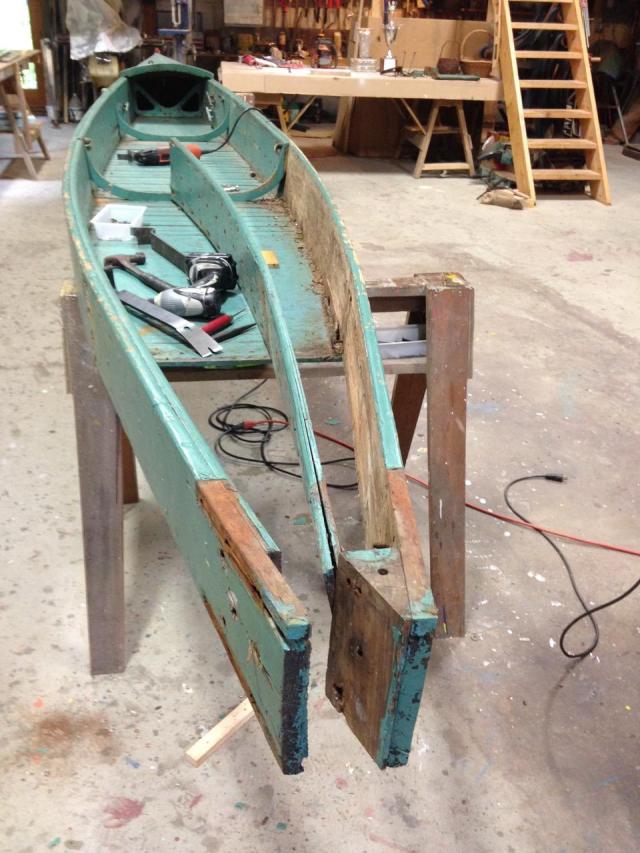 Ben steers her very well with the tiller tucked under his arm. I don’t recall ever seeing Tipsy flicker. But I do know that he needs just to move his upper body ever so slightly to make her turn. “Twitchy” doesn’t even begin to describe the sensation of sailing Tipsy.

Some stern steerers have been modified to steer with a tiller. This reduces the steering gear ratio from 1:1 to any tame ratio you’d like. 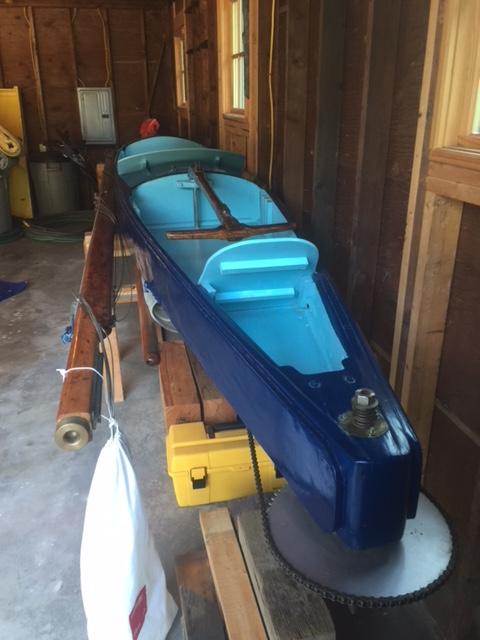 Bob Hines restored his boat ten years ago, but hasn’t managed to get her out since then. He gave the steering an awesome reduction. Notice the forward facing seat and tiller. He has a passenger seat forward of that. Looks very comfortable.

Last time he had her out was when Lee Turner hosted the Spring Flings on Winnipesaukee. But he reports that he’s set her up, found all the pins and parts, and is looking forward to the coming season.