Here’s a rather conventional shot of the decent ice on Sabattus. There are various patterns and colors, but nothing too dramatic. Best viewed on a computer, rather than a phone.

We sailed over that very spot in silent, smooth wonder yesterday. Some small patches of shell broke the reverie, but this looks lunar! The black spot had 2″, might be three by now. 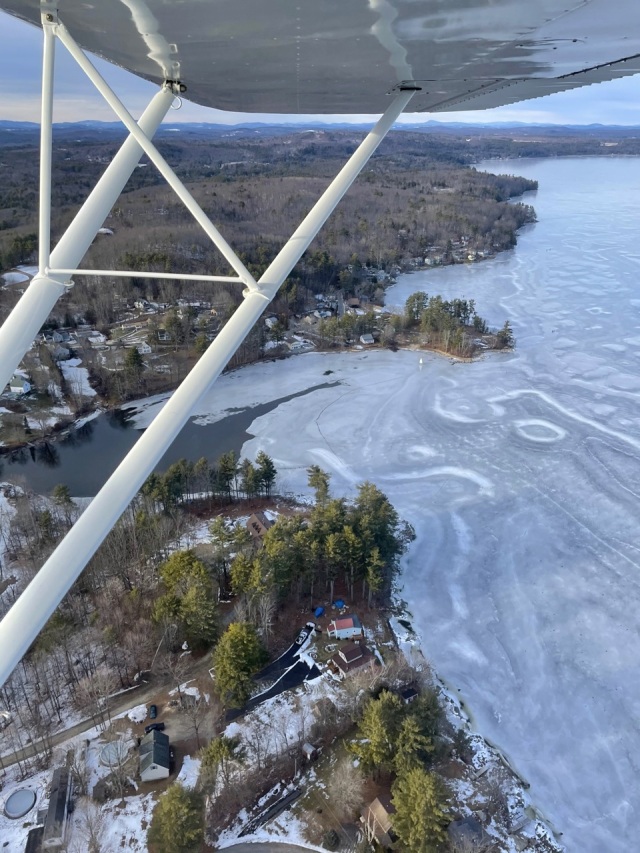 Note the single iceboat in the pits.

Thanks for the flyover Steve; next time land and say hello!