While all of Europe holds its collective breath, one of the most vulnerable former Soviet republics goes about business as usual. Looks like excellent spring ice, so the heck with war or work, we’re going iceboat racing. 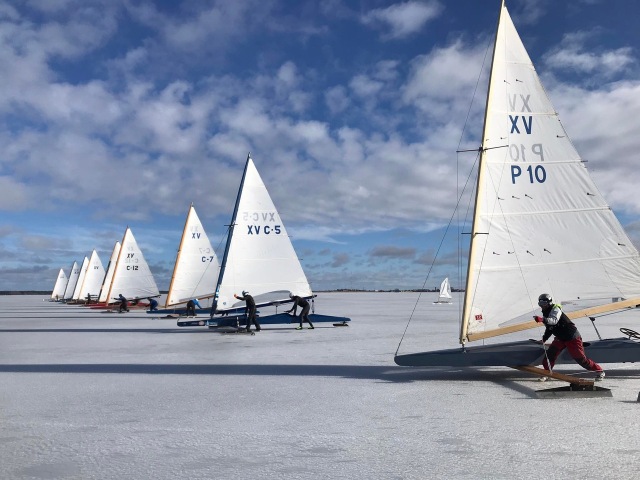 Even the kids came out for an ice opti regatta: 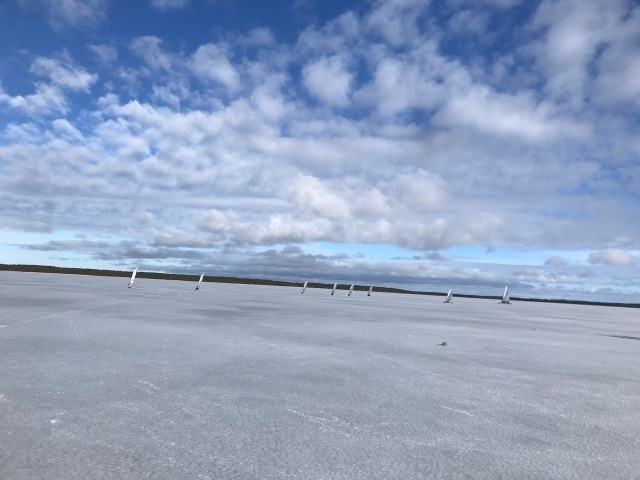 The Estonians have built quite a few new Monotypes XV in the last decade. 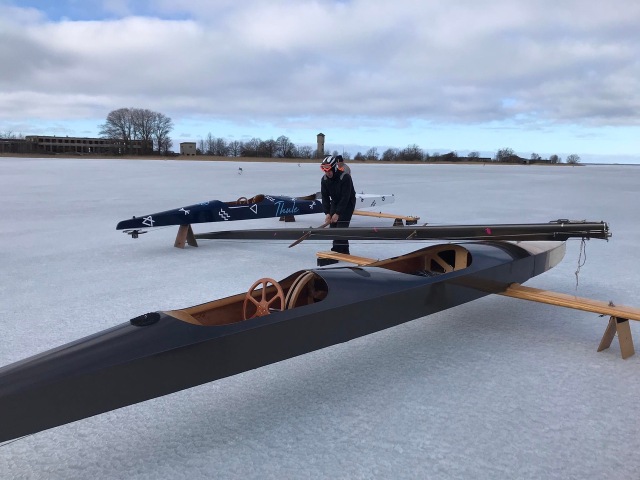 Check out the buildings in the background. Looks like one of the many ghosts of the Soviet era. The tower is mysterious.

Hoping for ice so nice soon in Maine.

Thanks to Henry Bosset for the photos.

This entry was posted in 2021 Season. Bookmark the permalink.