The NEIYA swap meet had one of the best turnouts of people and gear in recent memory. Many new sailors picking up parts and advice, and the old-timers telling stories and clearing out basements, garages and attics. One of the better deals that did not sell was a lovely race ready Kent DN in a trailer for $3900.oo. Contact Henry.Capotasto at gmail.com for more info on that.

Jay Whitehair brought out an old stern steerer to jump start discussion around the big vintage iceboat gathering this coming winter. The call was put out to dig deep in neighbors’ barns to find sleeping ice yachts and bring them out: 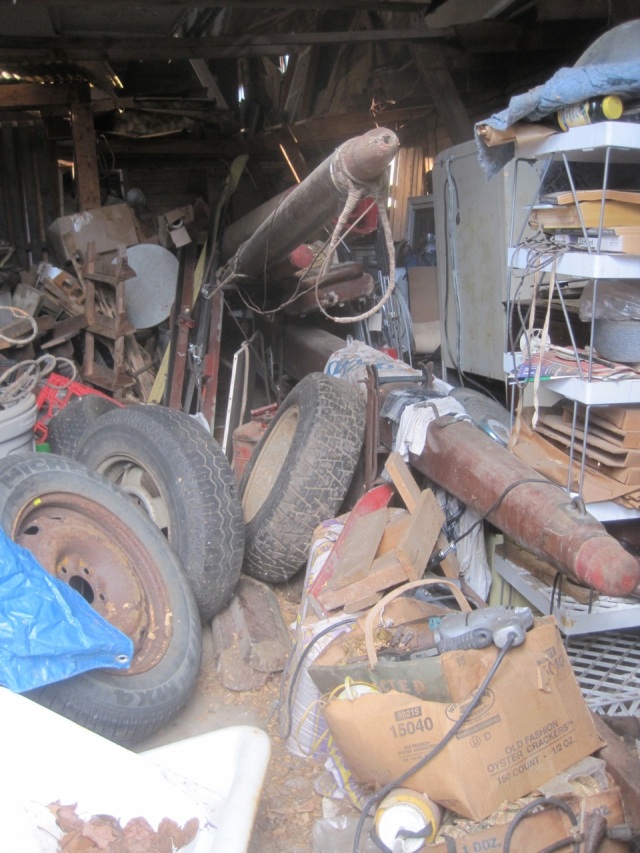 Our CIBC Fall Meeting had a more moderate turnout, but the pot luck contributions were excellent, as always, and no one went away hungry. One of the subjects we discussed was the parking at our Vannah Rd launch on Damariscotta Lake. We can park only along the ramp side of the road if the curd-side wheels are off the asphalt, or in the turnout near the rail road tracks. We had been hoping to arrange parking on Ice Palace Lane; Bill Bunting looked into it and reports:

“I did talk with Mike Ball at the Ice Palace today, and it was not very encouraging.

The open space at the head of his driveway does not belong to him, and the owner is “not nice.” He said not to park there.

The only space that Mike has is a wide place in the driveway about half-way down. Only good for a couple of cars.

Mike is now living there now so there is the possibility, I suppose, of being able to park a few more cars by his “house,” if he is amenable on a case by case basis.”

The thing to do at this point is to find out who the not nice owner is and approach him kindly. This doesn’t mean we won’t be sailing there, just that we need to be mindful about parking. We still have Lake Farm, and Camp Wavus for regattas.

Damariscotta Lake Farm Inn has given us a direct line to the owner for anyone wishing to rent the place. I think it sleeps about ten and has a full kitchen. Cost is $400.oo per night for the whole place, along with a $200.oo cleaning fee covering the duration of your stay. We can easily pack the place for our March Spring Fling. Call Tracey at 727-243-7134. Put her in your contacts.

Looking for a warm, dry place to varnish the iceboat now that it’s getting cold outside? Where else but the living room? Now’s the time!

Linc Davis Cup DN regatta will be held on Plymouth Pond, first ice. It’s been as early as November 17 and as late as never, so be ready. It looks like we’ll have a record number of DN’s this year, at least in terms of recent turnouts.

Doug Raymond has officially retired from iceboating, as those who saw his collection of great gear for sale. It all went to good homes. Doug was a former Commodore of the club and a tireless supporter of DN racing in Maine. He built masts, runners and everything else, always curious, always creatively pushing the limits on how to improve the parts and make boats faster. Doug always took time to help new sailors tune their boats and teach them to race. This sis sounding like an obituary, but Doug is alive and kicking, on to new creative ventures. Doug: a big thank you from the club for your years of service to the sport and to CIBC! 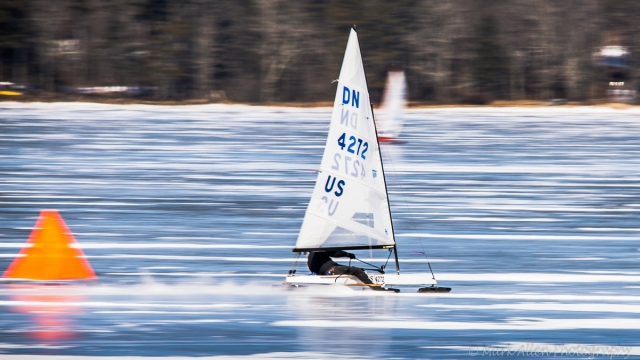 Doug smoking it at the leeward mark on Dammy, 2017 Maine State Championships, right behind Fortier.