Another beautiful day in paradise. Moosehead Lake looked well recovered this morning, in spite of a bit of shell and slush around the edges. The surrounding ice was hard and wonderful. We had a nice downhill start and no sooner than we got wound up, deep, boat stopping shell appeared. It appears to go on for as far as we could see so we turned back. There was a plowed race track for spike shod cars there in the bay, and the infield was as nice as a skating rink, and a tad larger, so we did a couple a laps there before de-rigging and taking the boats to Rockwood. 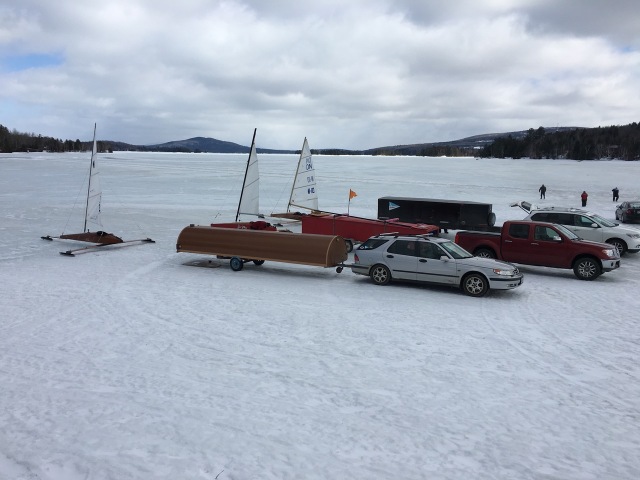 We found the shell to be nearly healed there, but we also found hidden slush holes: Holes with no bottom covered with a little snow. There were quite a few little snow piles of no consequence, but which ones hid the holes we could not tell. Especially if we were to be sailing fast in the 20kt.+ wind. We were indecisive at that point until we were given a sign: a snowmobile mired in a distant slush pit. All revved up and going nowhere. Optimistic fools we might be, but foolish fools not. We had lunch and hit the road for home.

Spring meeting planned for early May, details to follow. 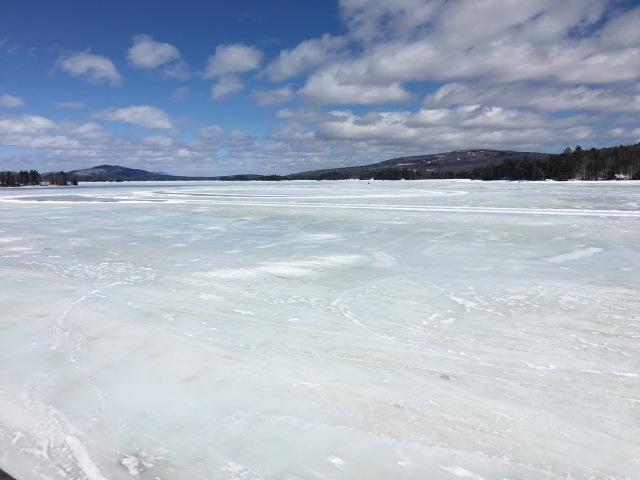 By the way, the ice in this photo is over four feet thick, measured this morning in a nearby fishing hole. Just sayin’…..

This entry was posted in 2019 Season, Default Category. Bookmark the permalink.