Here in Maine we get complacent and take for granted our long tours of lakes with compelling geography. The goal is always “can we get there”, and more often than not, we do. But, as we all know, this is shaping up to be a rather challenging year, so when Bob Strzelewicz called in his ice report for Quabog we were out the door. It’s only a tad over five hundred acres, but it was ice. And once you’re in the boat and sailing it doesn’t really matter how small the lake is. And the best was to control traffic on a small lake? Set marks.

Wednesday gave us a delightful variety of weather: full sun, small wind, big wind, snow squalls and half a gale to top it off. The pond was covered with a half inch of light snow in the morning which was very easy to sail through. But as the day warmed and the wind built it began to soften and get wind packed. And then the wind really kicked in. There’s nothing as dramatic as sailing in a whiteout, tearing away downwind at windspeed, moving along with the blowing snow with the sensation of not actually moving at all.

Below you can see the ice beginning to appear. By the next morning all that was left of the snow were a few small drifts and the relief impressions of runner tracks from the day before. There was a wonderful grid at the windward mark. 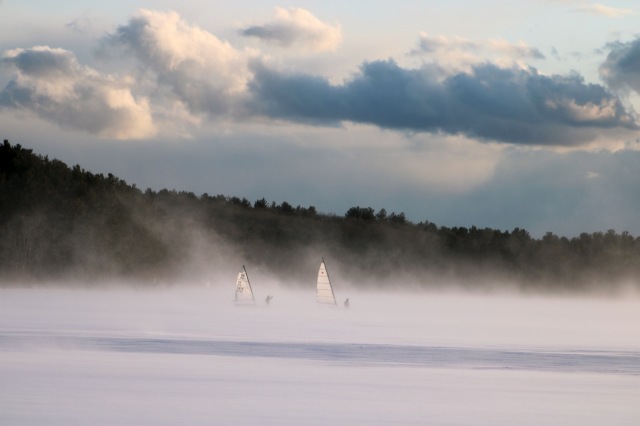 And with every good gale comes some carnage. This poor fellow had the head of his headway tang bolt break off, but assured us it was well worth it for the white knuckle ride that preceeded it.

Putting the boats to bed. Getting the sails down in that wind was a two man job. 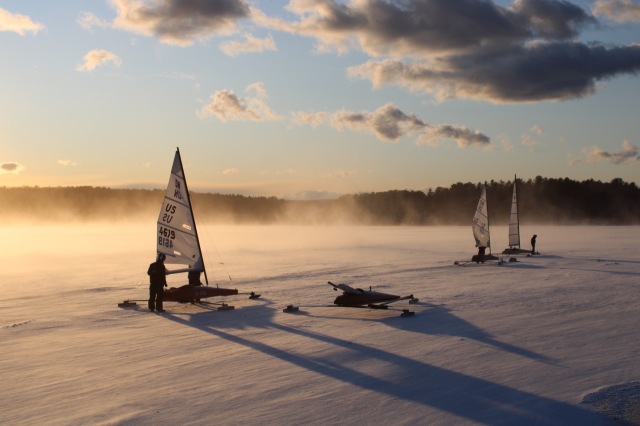 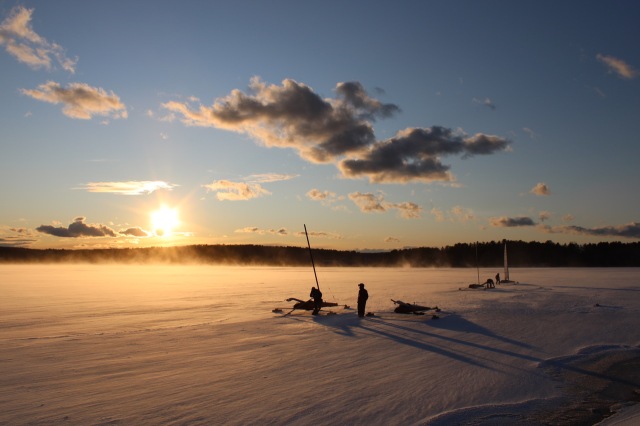 The moving after, a dozen or so boats showed up and things got back to normal. We scratch raced around the marks, socialized in the pits, had lunch in a wooded lee: all the usual fun. People came from all over, so it was a great chance to catch up and try to figure out what was happening with the weather.

Tom Gloudemans had his new DN Skeeter out for its maiden voyage and juding by the big smiles it was a success. 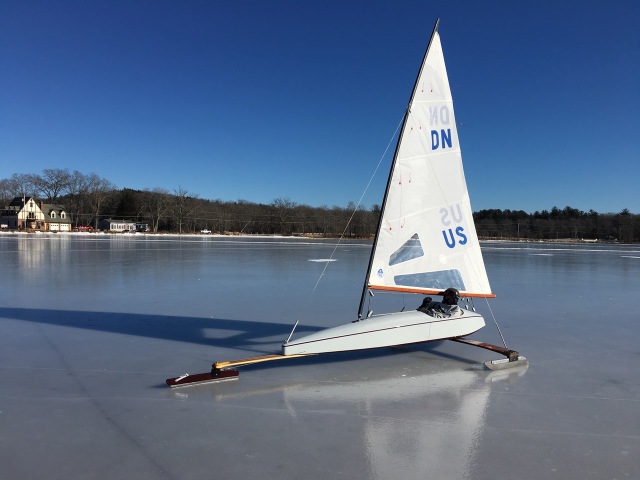 This is a Mini Skeeter with as proper stern. Not only does it look good but it gives a place to hang the blocks for your DN rig. Give it a good bendy mast and a decent sail and you have a nifty cartoppable skeeter. Weighs in at 75#.

Last but not least, our ice scout and host on Quabog, Bob S. Thanks for the ice check Bob, and Val for the terrific venison meatloaf sandwichs:

Thanks to Jackie Mushinsky for the great photos!

This entry was posted in 2020 Season, Default Category. Bookmark the permalink.