The nice grey ice received 3/8″ snow last night, some of which began to blow away. The wind came on stronger than forecast. The middle of the lake is an archipelago of open water but can be circumnavigated with attention paid to the occasional pressure ridge. The fleet made the bottom of the lake in a wonderful stitching of shallow, fast gybes. Jeff pulled in a few moments later in his 50’s DN.

The lake is completely undeveloped, and getting down here felt like an expedition. There was a tribe of natives around back of this island with a fire going and fish frying. They were friendly. The lake continues another mile from here, but the snow appears to be too thick. We may try again tomorrow.

Boats are on the ice, and there are enough competitive DN’s there to warrant setting a course tomorrow, so it will be done. Drive on pit area. 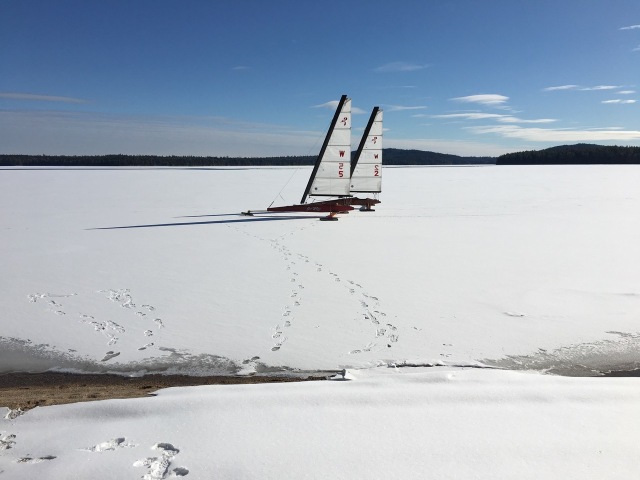 The grey in the background is soft, cold water.