Lured north by the draw of Center Harbor, this little fleet sailed on Saturday to the end of the wind. 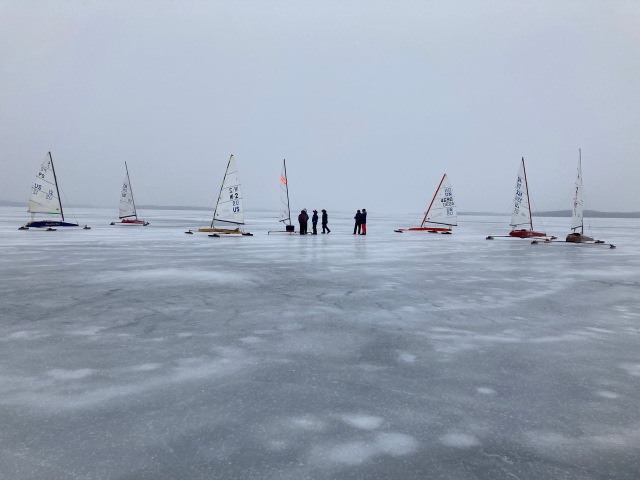 Slowly it began to snow, still no wind. It became clear than very soon the numerous boat eating skimmed over drain holes would be invisible. Some began to walk, others push and glide, pretending to sail. But effort is rewarded and soon four boats managed to get hooked up and by sailing very shallow angles made it the five miles downwind to the pits.

For the others, walking became slippery in the thickening snow, and there were those hidden holes. Dave Fortier was willing to risk his car, so it was dispatched to tow the walkers back. 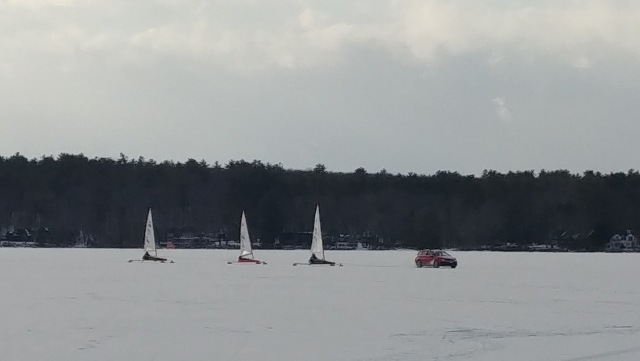 The craziest thing was to look in the rear view mirror and see…ICEBOATS!

Below, the wet snow piling up. 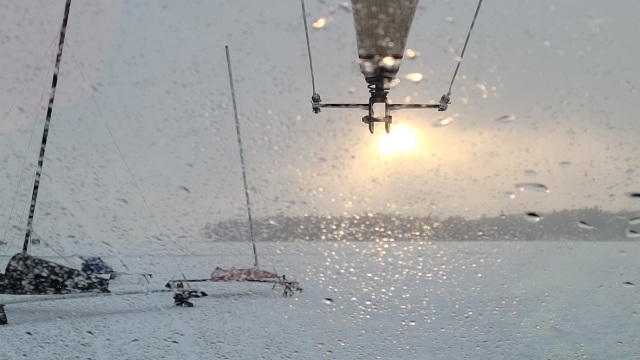 A major squall came through at dusk and blew the ice mostly clear, as well as re-arranging some of the boats in the pits. Lesson: always tie down your boat no matter the forecast.

The ice in the broads was especially clear, and with a brisk wind before noon, this fleet made a splendid circumnavigation of Rattlesnake Island. Some of the smoothest ice of the weekend was found back there. 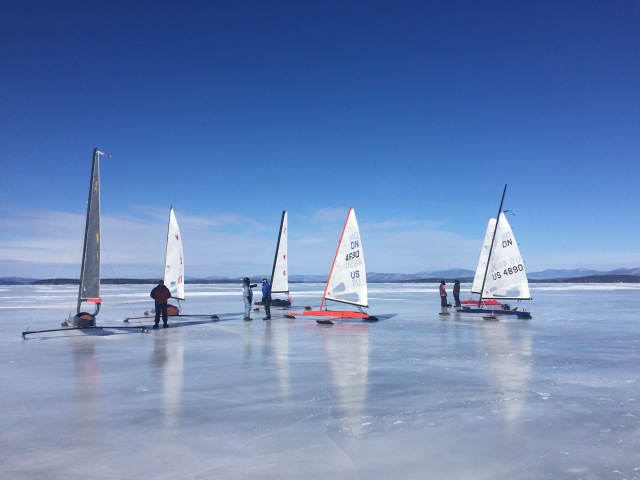 The guy on the left is looking wistfully north, laying a course in his mind for Center Harbor. But with a dying breeze and two reported pressure ridges, discretion was the better part of boldness so we stitched together long fast downwind legs back to the pits and watched the DN’s scratch racing in Wolfeboro Bay. 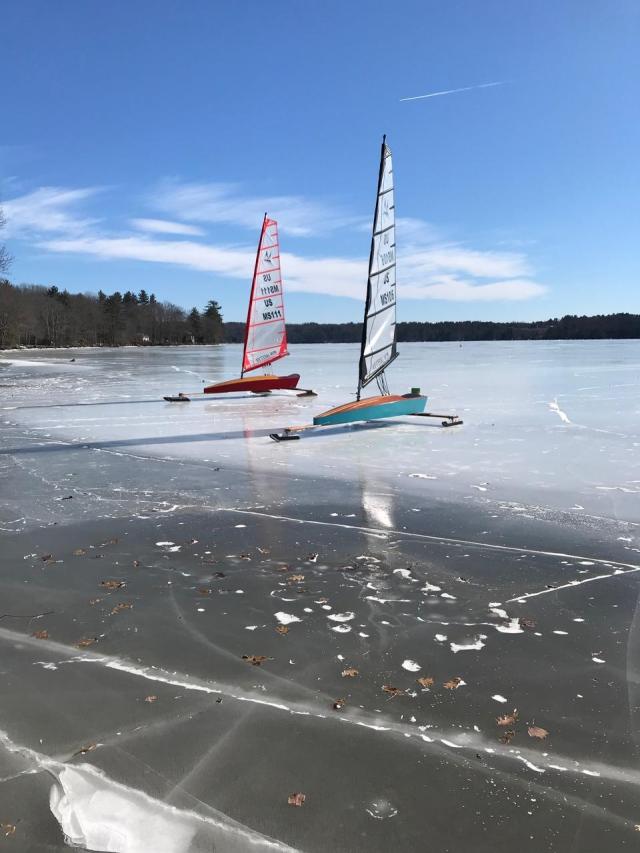 The ice seems to have smoothed out since our last time there. Vannah Rd launch is just about done. High temps Wednesday will probably do it in, but Bob MacEwen reports ice tight to the shore at the beach. There are also promising reports from Great Pond, Pushaw and Clarey Pond. All eyes are on Thursday.

Thanks to Jeff Soderholm, Nina Fleming and Lee Spiller for the photos.